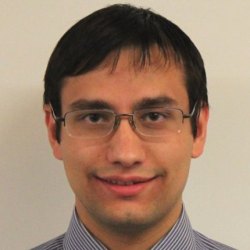 He is a sharp, focused and intelligent software engineer who I had the privilege to work with at Microsoft prior to the release of Azure Machine Learning from 2013 to 2014.

He wrote the core utilities, native math and statistics functions and many of the algorithms in the product. He wrote some of the most complex code in the product, such as the optimized operations on sparse data. He worked on R machine learning models, Open CV integration such as the cascade image classification models, filter based feature selection, hypothesis t-test, Fisher linear discriminant analysis, principal components analysis, linear correlation, column quantization/binning, elementary statistics, and data preprocessing such as join, file format converters, replace discrete values, clip values, and metadata editor.

He was passionate about the product, working long hours, weekends and usually finishing way ahead of the expected deadlines.

He wrote the code carefully, tested all paths of execution with numerous unit tests (often catching and fixing bugs in other parts of the product) and was always mindful of memory usage and execution time. He was the ideal developer, and I have mentioned many times before that we should clone him.

“In theory, theory and practice are the same. In practice, they’re not.”