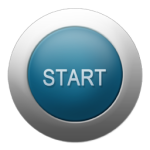 In this project, we modeled the Solar system based on real celestial mechanics. A system of ordinary differential equations is solved numerically with the actual positions and velocities of space bodies at January 1st, 1978 taken as the initial conditions. This application provides flexible control of the camera to observe the Sun, planets and satellites from different points, allowing you to watch this amazing physical process that is otherwise inaccessible to the human eye. It is possible to switch the observer’s location between space bodies and see, for example, a sunrise on Mars or, say, rings of Saturn from the point of view of its satellite Mimas. The standard 3D camera operations like rotation, panning, zooming etc. are supported.

The Sun and the planets are very small in comparison with the distances between them. As a result, the observer located on Pluto sees the Sun as just one of billions of other stars. Observation of the whole Solar system in quantitatively exact proportions does not provide a clear qualitative picture. This is why we provided a panorama mode in this application so that the user can watch the bodies in a much bigger size and closer to each other than they are in real life.

“Life is nature’s solution to the problem of preserving information despite the second law of thermodynamics.”